The Director and the Jedi SXSW Screening

“The Director and the Jedi” premiered today at the Paramount Theatre at SXSW Film Festival today with Mark Hamill, “Star Wars: The Last Jedi” director Rian Johnson and producer Ram Bergman, and “The Director and the Jedi” director Anthony Wonke and producer Tylie Cox in attendance. The feature-length documentary is an in-depth bonus feature on the upcoming Digital and Blu-ray release.

The Director and the Jedi: Rian and Carrie

A Thor: Ragnarok Contest of Champions was held, inviting fans to submit their own Thor: Ragnarok-inspired creation. The six winners have been selected and now all of us can enjoy their awesome original recipes! Click the image below and begin the tasty trip through the adventure.

Universal Studios Home Entertainment’s Aliens Ate My Homework is now available on DVD, Digital, and On Demand! Grab your copy before the aliens eat them as well!

In honor of the Aliens Ate My Homework release, Universal Studios Home Entertainment has created these fun printable activities for the entire family to enjoy. Learn How to grow your own plant and become your favorite characters with the printable character masks!

Click the image below to open the pdf and save the activities to your computer. Then print and create for family fun!

Find out more about Aliens ate my Homework from my blog here: william shatner stars in aliens ate my homework

Mark Hamill Star on the Hollywood Walk of Fame

Today, Mark Hamill was honored with the 2,630th star on the Hollywood Walk of Fame in front of the El Capitan Theatre with special guests Harrison Ford, George Lucas, Billie Lourd, Kelly Marie Tran and R2-D2.

Check out the slideshow below for some of the pictures of the event.

The second season of “LEGO Star Wars: The Freemaker Adventures” delivers all 12 action-packed episodes plus five bonus shorts on DVD! The Emmy®-nominated animated television series is set between Stars Wars: The Empire Strikes Back and Star Wars: Return of the Jedi and focuses on the three Freemaker siblings as they explore new worlds, meet new characters and Star Wars icons, and have unforgettable adventures. The second and final season follows Rowan, Kordi and Zander as they are thrown into battle after they join up with the Rebels! Bring home the out-of-this-galaxy adventure on DVD on March 13, 2018!

Lego Star Wars has always been a master of putting in more than a few jokes for a laugh, usually with characters stating the obvious in a very sarcastic way. In the second season of the Freemaker Adventures, the writers do not disappoint. When introducing an all new character, a droid named MOC, we still get the hilarious statements we have come to love. For example, when Vader states that MOC lacks the use of the force, MOC responds, “I also lack offspring that wish to overthrow the emperor.” …priceless

Fun Fact: MOC is LEGO speak for “My Own Creation”, which is what MOC is to the emperor…his own creation to hunt down the Freemakers. It is an awesome nod to us LEGO fans.

While the Emperor is after the Freemakers using his new droid MOC, Rowan, Kordi and Zander must find a place in the Rebellion. For Kordi, it is her bartering that sets her apart from the others. Zander is an excellent mechanic, though he wants to be a pilot. Rowen discovers his purpose when he has a dream about a ship that could switch the balance of the war to their favor. He begins the adventure to find all the parts and build something no one has ever seen before.

These adventures only get harder for the Freemakers to complete as time goes on, but with the help from some old friends and new friends, they may just be the cog in the machine the rebellion needs to win.

I give LEGO Star Wars THe Freemaker Adventures Season 2 five stars. It is a hilarious LEGO inspried cartoon the family can love with adventures that keep us glued to the seat and waiting for what will happen next as we almost die laughing.

More About LEGO Star Wars The Freemaker Adventures:
SYNOPSIS: In season two of “LEGO Star Wars: The Freemaker Adventures,” the three Freemaker siblings—Rowan, Kordi and Zander—have found a new home with the Rebel fleet. But working with the Rebels in their fight to bring down the Empire brings them face to face with brutal Imperial forces, desperate Hutts, conniving Sith Lords and the Emperor’s latest plaything, M-OC.

Fans who bring home the second and final season will enjoy all 12 action-packed episodes plus five bonus shorts that follow the Freemakers as they are thrown into battle after they join up with the Rebels – including an adventure that has them embarking on a daring mission to save two of the Rebellion’s finest heroes: Lando Calrissian and Chewbacca.

“LEGO Star Wars: The Freemaker Adventures,” the Emmy®-nominated animated television series on Disney XD, is set between Stars Wars: The Empire Strikes Back and Star Wars: Return of the Jedi and stars three siblings who scour the galaxy for useful debris that they use to build new vehicles of their own design. Rowan Freemaker is a spunky Force-sensitive 12-and-a-half-year-old with a thirst for adventure; his quick-witted older sister, Kordi, manages the family business and is the glue that holds the family together; ace pilot and charming rogue, Zander, is the oldest brother and the family’s self-proclaimed starship connoisseur; and R0-GR is their refurbished battle droid from the Clone Wars. When Rowan has visions of an ancient and powerful Jedi starship called The Arrowhead, he and his family set out on an epic quest to rebuild it so they can turn the tide of battle for the Rebellion. Together, they explore new worlds, meet new characters and Star Wars icons, and have unforgettable adventures.

EPISODES:
1. Trouble on Tibalt
2. The Tower of Alistan Nor
3. The Embersteel Blade
4. The Storms of Taul
5. Return to the Wheel
6. The Lost Crystals of Qalydon
7. The Pit and the Pinnacle
8. Flight of the Arrowhead
9. A Perilous Rescue
10. Escape from Coruscant
11. Free Fall
12. Return of the Return of the Jedi

SGT. STUBBY: AN AMERICAN HERO is marching to theaters April 13, 2018! This computer-animated story is based on the incredible true story of a Bull Terrier and the life he led once he was rescued off the streets. When Stubby become the mascot for the army during World War I, his adventures were full of dangers, peril, and war. However, through it all, Stubby remained courageous and saved lives. Learn more about Sgt. Stubby on the official Sgt. Stubby: An American Hero website.

Sgt. Stubby: An American Hero marches into theaters April 13,2018! Check out the trailer below!

In honor of Sgt. Stubby: An American Hero coming to theaters, Fun Academy Motion Pictures has released several printables that are free to download. Then just print and create. There is even an educational guide and an activity pack to make learning about this courageous dog fun and entertaining.

To get the downloads simply click the images below and save the PDFs to your computer or march over to the learning section of the official Sgt. Stubby: An American Hero website and download the printables from there.

Dinosaurs come to life this Spring in Jurassic World Alive! Go on the hunt for dinosaurs that have fled Jurassic World on the unstable island of Isla Nublar. Sounds like a blast!! Pre-register now and get an in-game reward at launch!

More about Jurassic World Alive from Google Play:
“As a brand-new member of the Dinosaur Protection Group (DPG), your mission is to save dinosaurs from a second extinction. Explore your surrounding area to find your favorite dinosaurs – including new breeds that are more awe-inspiring and terrifying than ever before. Activate augmented reality (AR) to interact with these unbelievable creatures in the real world.

Track these magnificent animals with a drone and collect DNA samples needed to level up and create hybrids in your Lab. Then, assemble the perfect dinosaur strike team and take on dangerous threats in real-time PVP arena battles!

EXPLORE your world with location-based technology and discover dinosaurs on a map. Identify behavior patterns to track specific species in their natural habitats.

CREATE hybrid creatures by combining the genetic traits of multiple species to develop their strengths and abilities.

BATTLE a strike team of dinosaurs to defend against threats to your mission and challenge others in real-time PVP competitive arenas.

EARN rewards such as in-game currency and battery life for your drone by finding Supply Drops on the map.

SHARE your legendary dinosaur collection with friends by posting your AR images and videos to your social pages!

Check out the trailer below and then Pre-Register today to get your special in-game at launch.

Christopher Robin is no longer that little boy having adventures in The Hundred Acre Wood. In the all new live-action Disney Movie “Christopher Robin”, Christopher is all grown up. However, when life makes an unexpected turn, it is up to Pooh and his gang of friends to show Christopher how to be a little boy again.

Watch the brand-new teaser trailer for Disney’s Christopher Robin Below!

Today marks the spic release of Thor: Ragnarok on Blu-ray & 4K! In honor of this release, I have a few clips from the commentary track discussing the Jack Kirby influence on the world of Sakaar! Simply click play and get the sneak peek on some of these awesome extras Thor Ragnarok features.

Along with these clips I have also included several concept art pictures featuring some of the aliens and The Grandmaster. Plus, Below the videos, there are a variety of additional comic book Easter eggs from Taika himself!

Learn more about the making of Thor: Ragnarok from director Taika Waititi on the film commentary track, now available on Digital HD and arriving on Blu-ray and 4K March 6th.

Jasmine’s newest pet is an adorable Cheetah named Sandstorm. Sandstorm is orange and yellow in color. She has brown marking and spots. She features purple eyes and pink ears. Sandstorm wears jewelry similar to Jasmine’s design with a blue bow on her tail and a turquoise collar.

Sandstorms’s Story: UNKNOWN
We have yet to find out how Jasmine found Sandstorm. As soon as I know, I will post her story here.

To download The Sandstorm Coloring Page:
1. Click the image below
2. Save the PDF to your computer
3. Print, color and enjoy 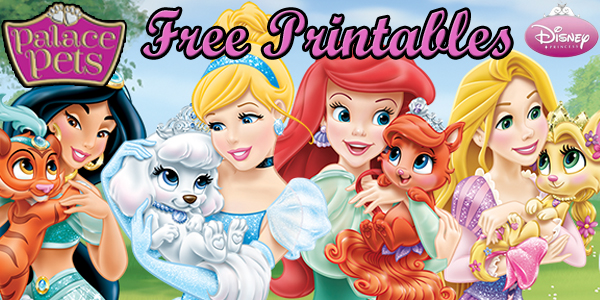