The Disney movie The Little Mermaid features Ariel, a mermaid who dreams of dry land. When she falls for Prince Eric, her world turns into a whirlpool of chaotic events. Her father doesn’t understand her interest, Ursula wants to take over the seas, and Scuttle…well that bird at least tries. It is up to Ariel to be brave and help pave her own path.

To commemorate Ariel, Lego created an awesome Ariel minifigure complete with Red hair and a seashell.

In honor of Ariel becoming a LEGO Minifigure, I have created a Lego Minifigure Ariel coloring page! Simply download, print, and color for Lots of Lego Fun! Best part is this coloring page is free! However, if you like it and download it, please consider donating.

How to get the Ariel Coloring Page:

Get my other Lego Coloring Pages on my blog here!

Free Firenzar Coloring Page from Slug It Out

The Slugterra game Slug It Out has debuted a new slug that is a little hot called the Firenzar! With fins like a fish, this little guy looks as if he can swim through fire. He has adorable fire eyebrows that accent his red body and yellow markings. He may look cute, fut this little guy can spew fire around you causing damage over a short period of time…basically you are burning until the attack is finally over. Better get the marshmallows ready or have a Boon Doc on hand. Firenzar hasn’t appeared in the show yet, but that could change since it is a slug we can collect in the game.

For those who want this little guy in the game, play the slug seeker mode in Dojang Grotto and you will find it.

Not a lot is known about the cute little guy. We know he can be found in the Dojang Grotto and that he is Rare. Check out the specs below for more details on the Firenzar and it’s attacks. 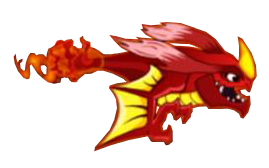 To download this free coloring page click the image below and save the PDF to your computer.

If you print and color this Slug, take a Picture or scan it. I would love to share your art on my facebook page!
If you have a specific Slug you would like to see made into a coloring page, let me know in the comments below, it may be the next one I create 😀

Get my other Slugterra Coloring pages by clicking here
You can find Burpy (Infurnus) and the others!

Join stars Sabrina Carpenter (“Girl Meets World”) and Sofia Carson (“Descendants”) as two competing babysitters that turn an ordinary night into a night NO ONE will forget in Disney Channel’s Original Movie Adventures in Babysitting on DVD next Tuesday, June 28th! This new movie is based on the wildly popular film from the 1980’s by the same name and is sure to be a hit with kids and parents alike! This DVD also features exclusive hilarious bloopers!!! Check out the clips below!

Buy it from Amazon.com today:

Season 3 of DreamWorks Animation’s Dragons: Race to the Edge premieres exclusively on Netflix this Friday, June 24th! First we get the epic first season of Voltron and now the next season of Dragons: Race to the Edge! June has been an EPIC month. With the next season so close, I thought I should share a few sneak peeks featuring all-new dragons and all-new characters! Check them out below!

Synopsis:
Hiccup and Toothless are back along with your favorite Dragon Riders in an all-new action-packed Season 3 of DREAMWORKS DRAGONS: RACE TO THE EDGE. The high-stakes continue as the Riders advance in their hunt for Viggo, Ryker and their expanded Dragon Hunter army. Tune in as the Riders encounter new dragons, a seemingly reformed Dagur, an underground Dragon Fighting arena, and learn along the way that Viggo has a Dragon Eye and dragon fortress!

“New Dragon Revealed: Singetail”
You can’t sneak up on a Singetail, but it can definitely sneak up on you. Will it get the best of Hiccup and Snotlout?

“Buffalord”
The riders discover the rare Buffalord dragon while searching for a cure for the Scurge of Odin.Turns out moving it is even harder than finding it.

Thanks to family.disney.com and Kelloggs, we Finding Dory fans have a great recipe to make and celebrate the debut of Finding Dory in theaters. Thankfully the Finding Dory Rice Krispies Treats are quick to make, unlike the release of a sequel to Finding Nemo that took forever to come out. The recipe has very little cooking time and lots of enjoyment.

These Rice Krispies Treats are inspired by Dory with her blue and yellow details. To make the shape you will need to print and cut-out the Dory shapes. The PDF is found on family.disney.com.

This summer, Disney•Pixar’s Finding Dory follows our favorite friendly-but-forgetful blue tang fish on her journey to reunite with her loved ones, and everyone learns a few things about the true meaning of family along the way. Celebrate the all-new underwater adventure with a recipe that’s sure to bring smiles to your loved ones’ faces. family.disney.com

Grab the free printable Finding Dory activities and crafts on my blog here, and watch Finding Dory in theaters today.

The Epic Battle to Defeat the Evil Empire Continues in Star Wars Rebels: Complete Season Two! Star Wars Rebels: Complete Season Two delivers all 22 action-packed episodes of the hit CG animated series’ second season, plus exclusive, never-before-seen bonus material on DVD and even more exclusive footage on Blu-ray! This thrilling continuation of the Star Wars Rebels saga depicts the continued efforts of the crew of the starship Ghost to defeat the evil Empire. Available in your galaxy on Blu-ray™ and DVD August 30, 2016.

Amid growing Imperial oppression on Lothal, the rebels are forced to seek out new allies throughout the galaxy and additional resources to sustain their fight against the Empire. With the help of Ahsoka Tano, the crew of the Ghost bands together with a secret rebel cell and ex-soldiers from the Clone Wars to join a fledgling alliance determined to restore peace and freedom to the galaxy.

As Ezra continues his journey to become a Jedi under Kanan’s guidance, the threat of the dark side looms large over the fate of the growing rebellion. Darth Vader himself will dispatch new Inquisitors to snuff any spark of resistance, setting the stage for a climactic showdown in which past lives will be revealed, terrible truths will be discovered, and the lives of our heroes will be changed forever.

Featuring the voices of Freddie Prinze Jr. (“I Know What You Did Last Summer”) as Kanan, Vanessa Marshall (TV’s “Young Justice”) as Hera, Steve Blum (“The Boxtrolls”) as Zeb, Tiya Sircar (“The Internship”) as Sabine, Taylor Gray (TV’s “Bucket and Skinner’s Epic Adventures”) as Ezra, Ashley Eckstein (Her Universe apparel) as Ahsoka Tano, Dee Bradley Baker (“American Dad,” “Phineas and Ferb”) as Captain Rex and all the clones, David Oyelowo (“Selma” and “The Butler”) as Agent Kallus and Sarah Michelle Gellar (“The Crazy Ones,” “Buffy The Vampire Slayer”) as the Seventh Sister Inquisitor.

Exciting News:
The third season of the critically acclaimed series (Star Wars Rebels) will premiere this fall on Disney XD.

Finding Dory is out in theaters today! Yes I am excited. How long has everyone been waiting for a sequel? Seriously, it is about time.

In honor of this glorious day, I found a few Finding Dory printables that I thought would help families enjoy the movie and learn a little about fish care. Below you will find printable:

These printables are free to download. Simply click the image and save the PDF to your computer. Then check out Finding Dory Website for more fun!

The Disney movie Lilo and Stitch features an abomination…well actually he is cute and fluffy. His name is Stitch and he was created by Jumba. Through an amazing escape, Stitch ends up on Earth where he is adopted by a little girl named Lilo. During his time with Lilo, Stitch learns what it is like to have a family and people who love you. He learns Ohana.

Stitch is a blue creature with 4 arms and two legs…or maybe it is just six legs. He has a big nose, long ears, and a very strong personality. Certainly one of the cutest aliens in the Disney world 😀

In honor of Stitch becoming a LEGO Minifigure, I have created a Lego Minifigure Stitch coloring page! Simply download, print, and color for Lots of Lego Fun! Best part is this coloring page is free! However, if you like it and download it, please consider donating.

How to get the Stitch Coloring Page:

Get my other Lego Coloring Pages on my blog here!

Today, Voltron: Legendary Defenders debuts on Netflix. Thanks to DreamWorks Animation, the classic Voltron show. one of the most popular fan-favorite shows of all time, is reimagined into an all-new comedic action-packed show from executive producer Joaquim Dos Santos (The Legend of Korra, Avatar: The Last Airbender) and co-executive producer Lauren Montgomery (The Legend of Korra). Voltron: Legendary Defenders features Shiro, Keith, Hunk, Pidge, and Lance as the new drivers of the Lions that form Voltron. These five unsuspecting teenagers, transported from Earth into the middle of a sprawling intergalactic war, become pilots for five robotic lions in the battle to protect the universe from evil. Only through the true power of teamwork can they unite to form the mighty warrior known as VOLTRON LEGENDARY DEFENDER.

When I was a kid, I watched the classic Voltron cartoon and loved every minute of it. Now, I can’t wait to see this new Netflix series as Voltron is formed once again to save the universe. It is exciting to say the least and will require a debut party. Oh yes, I am so gonna throw a Voltron party. However, you may be surprised to know that party supplies for Voltron are nil, zip, nada, in other words, they do not exist. I thought for sure there would be party supplies depicting the characters and the lions but I was wrong. “insert tears here” Well after the searching and receiving zero results, I decided I would have to make some for my party. Which sort of makes it your lucky day because I am sharing them with you 😀

These printables are free to download. All you have to do is print and create the banners, invitations, cupcake toppers (that double as stickers), cupcake wrappers, place cards, garland, and treat bag. While these are free to download, I do humbly request a donation. These take a while to make and anything you can donate will help keep this blog alive and the printables a plenty.

To download the printables click the image below and save the PDF to your computer. Simple, fast and easy 😀

Voltron Legendary Defender is making it’s debut on Netflix this Friday. From what I have seen it looks to be an epic addition to the Voltron world. Check out the clip below and see for yourself!

In anticipation of Voltron Legendary Defender’s debut, Dreamworks has put together a wonderful cupcake topper craft using gumballs and fondant. Make the helmets of the Voltron force by following these step by step instructions. You will need:

To download the instructions click the image below. Than print and create for epic Voltron cupcakes. Share pics if you make these, I would love to see them 😀