Ever After High Printables, Books, Activities and More!

Legend Of Korra Book 3 Has A Release Date!

Every fan of the popular TV series Legend of Korra (including myself) has been asking for the release date of Book 3: Change. There have even been several memes stating our impatience of waiting for the announcement.
Here are just a couple of examples found on the web.

However, we no longer need to wonder and wait, IGN has finally announced the release date and it is very soon.

On June 27th, 2014, Legend of Korra (LOK) Book 3: Change will air on Nickelodeon at 7pm. But this isn’t a one episode air date, we will get a ton of LOK. Fans will get to see both episode 1 and episode 2, followed by a special bonus presentation of the third episode of Book Three, “The Earth Queen”, at 8pm!

These awesome episodes will have to hold us for two weeks since LOK will not air during the 4th of July week. It will start again July 11th. We have waited his long, we can wait two weeks for another episode..right? (Laughs nervously)

To get ready for the awesomeness that June 27th promises to be, IGN has released a title and description for each episode plus an exclusive clip for you from the season premiere.
The 2 episode that will air are called “A Breath of Fresh Air”, and “Rebirth of a Nation”.
“A Breath of Fresh Air”: After the events of Harmonic Convergence, Avatar Korra discovers that her decision to leave the spirit portals open has unexpected consequences. Wild spirit vines have overgrown Republic City and Airbenders are suddenly popping up across the four nations.

“Rebirth of a Nation”: Korra, Tenzin and Team Avatar search for new Airbenders in an effort to recruit them and rebuild the Air Nation. Meanwhile, a band of sinister criminals are organizing to hunt down the Avatar themselves.

Also Check out my Free Avatar The Legend of Korra Cubeecrafts and get your crafting on, display your fandom and be ready for the premiere of LOK on June 27th! 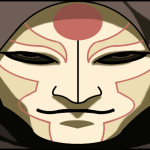 Disclosure: SKGaleana didn’t receive products in order to conduct this review. No monetary compensation was provided. I only share and recommend products or services I think will be a good fit for my readers. All the opinions are 100% my own. In exchange for referrals, some posts may contain affiliate links that I may receive commission for payment. (See more here)