, Mack and Brady attempt to get back into the groove of real life and their new relationship. It isn’t long before things start capsizing. In fact, it may take a miracle to patch up their relationship. But they have little time to work things out when the cast of Wet Side Story splashes on shore in the real world. To make matters worse, the movies existence depends on Mack and Brady getting the characters back where they belong. If they fail, their whole world could change.

is packed with electrifying song and dance numbers such as: Best Summer Ever, Gotta Be Me, Falling For Ya, and That’s How We Do.

Gotta Be Me from Disney Channel:

Grab the free printables and recipes from Teen Beach Movie and get ready for a splashing good time with Teen Beach 2! 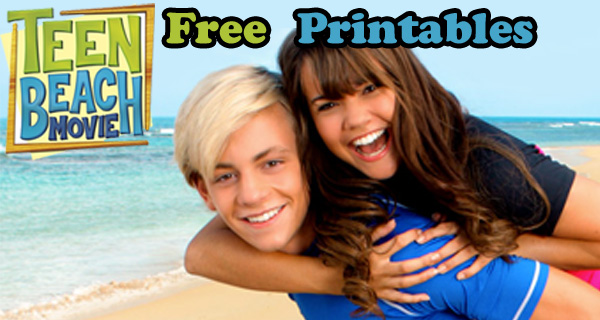 Synopsis: Dive in and rock out with the hottest surf sequel under the sun! Now that summer ‘s over and school has begun, Brady (Ross Lynch) and Mack’s (Maia Mitchell) relationship seems headed for a wipeout – until Lela, Tanner and the “Wet Side Story” kids show up! Dazzled by the novelty and variety of the modern world, Lela wants to stay, but the real world and the “reel” world just don’t mix. Can Mack and Brady find the magic to get the kids home and get their own romance back on track before it’s too late? Packed with electrifying song & dance numbers and hilarious fish-out-of-water wackiness, Teen Beach 2 is “wow-abunga” fun for everyone.

Choreography: Christopher Scott (TV’s “So You Think You Can Dance” and “Dancing With The Stars,” Step Up franchise)

Bonus Features: Exclusive: Cast Dance Rehearsals – Exciting new contemporary and retro music with dance numbers choreographed by Christopher Scott. Join Ross Lynch, Maia Mitchell and the rest of cast as they learn some of the crazy steps for the movie. See how they put the moves into the songs Best Summer Ever, Gotta Be Me, Falling For Ya, and That’s How We Do.