Christmas Presents for that Geek in Your Life

The New 10 Dollar Bill Will Feature a Woman #TheNew10

Throughout American History, our currency has featured images of great leaders and landmarks that express our American values. For example, the last theme created on our currency was “The Symbols of Freedom.” The State of Liberty’s Torch ($10), the Great Seal of the United States ($5), the Eagle ($20), the American Flag ($50) and the Declaration of Independence ($100) are all symbols of America and the freedom we posses. While this theme has been a part of our currency since 2003, it will not be for much longer. It is time for a change to a new theme and a new look.

According to the The New 10 website, the new currency theme will be “An Era of Democracy.”

Over the last few years, Treasury staff has worked to identify potential themes reflective of the values of our current era. After historical research and reviews of previous designs and themes, democracy was chosen by Treasury Secretary Jack Lew as the theme for this next generation of currency.

From the founding of the nation, democratic ideals, and our striving to make those ideals a reality, have defined the United States of America. Our continuing efforts as a nation to form a more perfect union are something we plan to use the next family of Federal Reserve notes to celebrate thenew10

In 2020 we will see one of the most dramatic changes to our U.S. Currency. The $10 Bill will be introduced with a new face, and not just any face, but the face of a Notable American Woman. The U.S. Department of the Treasury is currently in the process of deciding which inspiring American woman will appear on the $10 bill.

This week during the ‪#19daysofsuffrage campaign, I would love for you to think about the women through history who have inspired you. Who do you think would be a worthy candidate for #TheNew10? There are many to choose from!

State what notable women you would like to see On #TheNew10 in the comments below. Share the image above with hashtag #TheNew10 with your choice to make your voice heard. Use #TheNew10 hashtag to tell the U.S. Department of the Treasury your ideas, symbols, designs or any other feedback that can inform the Secretary as he considers options for the $10 redesign.

Then be sure to enter for a chance to win our ‪#19daysofsuffrage Giveaway. The prize is a Suffragette Tote Bag, Journal, Bracelet and Mini Poster by clicking the image below. 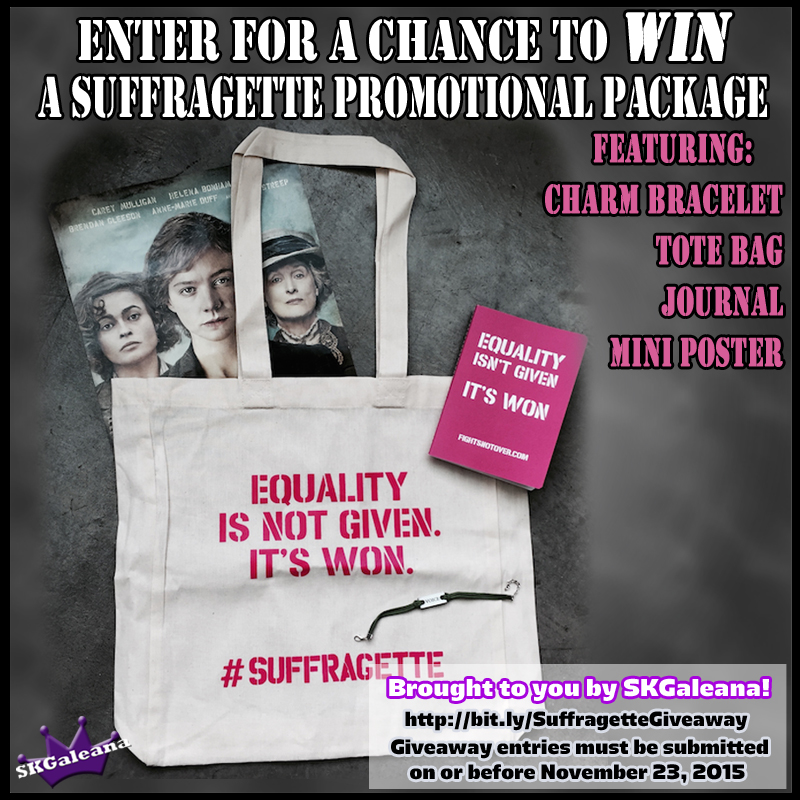