Murray is a comical, larger-than-life, Egyptian Mummy who is always looking to party, when he isn’t hitting on the female mummies. One of Dracula’s oldest friends, Murray visits Hotel Transylvania every chance he gets, especially when Dennis is born. Never missing a birthday party, Murray always brings, what he considers to be, the best gifts.

Although he is a party animal by nature, he is also filled with good advice and gives it out when needed. For Example, when Dracula thought it would be a good idea to toss Dennis of a rickety tower, Murray was pretty sure the whole thing was a bad idea and was not shy to state it.

Murray has green eyes and he is wrapped in old bandages (he is a mummy after-all). In the movie his eyes are often shifting about. I thought it would be fun to bring out the “Cubee Follow Me Eyes” (#cubeefollowmeeyes) and let Murray’s eyes shift. The “Cubee Follow Me Eyes” will do just as they say. As you move around the room, the eyes will follow you. Check out the gif below.

Of course, for those looking to avoid the possible creepy factor of eyes following you around the house or office, I have included the stationary eyes template as well.

This cubeecraft is free to download, however, I will accept donations. These projects take a long time to create and any amount is much appreciated!

To make original cubeecraft of Murray:

To make “Cubee Follow Me Eyes” cubeecraft of Murray: 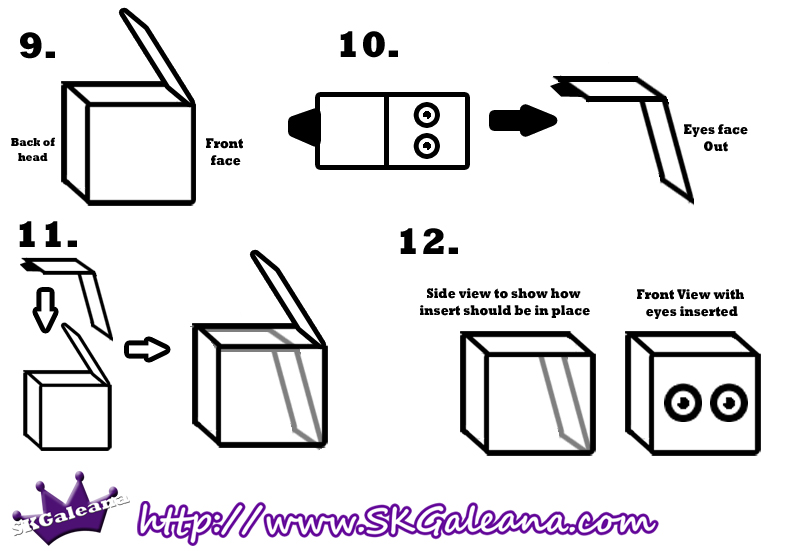 Murray is now complete. Use the images above for an example of how he should look when completed if you are having any troubles.

Grab the Hotel Transylvania movie at amazon.com and begin your own monster adventure!