The Mesozoic Era continues today when Season 2 of DreamWorks Animation’s DINOTRUX premieres exclusively on Netflix. This season Dinotrux introduces tons of cool new species and characters, one being the Hex Wrenchtools – the hilarious and familiar looking Ottos – a highly-organized and adventurous bunch! They have swiveling wrench heads, perfect for builds and repairs, and magnetic claws made for gripping metal and climbing rock! Meet these new tools in the clip below and get a sneak peek of what’s to come this season!

DINOTRUX SEASON 2 SYNOPSIS
Ty and his best friend Revvit are back, building and battling in an all-new DINOTRUX Season 2! The turf war escalates when D-Structs unveils a buzz-saw tail, battles with battering-ram Skya and kidnaps Revvit. Together the team saves the Ottos from a meteor crash, goes underground to escape the Desert Scraptors and builds a racetrack with Ton-Ton’s friends the Dumps. The fun never ends with the crew that’s half dinosaur, half truck and all awesome! From Dreamworks Animation, DINOTRUX Season 2 premieres March 11, only on Netflix.

New Characters & Species:
ROLLODON (MONTANOCERATOPS + STEAMROLLER): Steamrollers crossed with Chasmosaurs, the powerful Rollodons are always on the move, migrating in herds like wild buffalo and flattening everything in their path. They use their giant rollers to crack and churn ore out of the ground, eating on the go, and their simple jaw structure allows them to say only one word: “roll.”

It’s Ton Ton’s favorite time of the year: time to roll with the rolodons.

GLUPHOSAUR (DILOPHOSAURS + GLUE GUNS): Lightning fast and fiercely protective of their treasured green ore, gluphosaurs will spit sticky glue at any Trux who dares get too close!

After Ty eats some yummy green ore, he discovers it belongs to the stingy (and angry) gluphosaurs.

TOWACONSTRICTOR (SNAKE + TOW CHAINS): Slithering metallic snakes of the Mechazoic World, these rattlers can cause trouble for anyone who ventures too close to their nest in The Dark Forest… but they can also be convinced to link together to form long tow cables to help a Trux or Tool in need.

On a journey through the forbidden dark forest, the Dinotrux stumble upon some mischievous toa constrictors.

SCRAPTOR WITH GIANT HORN: Sun-bleached and with crooked metal horns growing out of their heads, desert scraptors hide underground, using ore to lure unwitting Trux to their secret trap doors where they pounce out and attack. Creatures of instinct, they honor a very specific system of hierarchy and rank, following the “Alpha Scraptor” with the biggest horns.

After Click Clack takes down the leader of the desert scraptors, the scraptors are suddenly on Team Click Clack.

Be sure to grab the free Dinotrux printables by clicking the image below and check out Dinotrux on NETFLIX today! 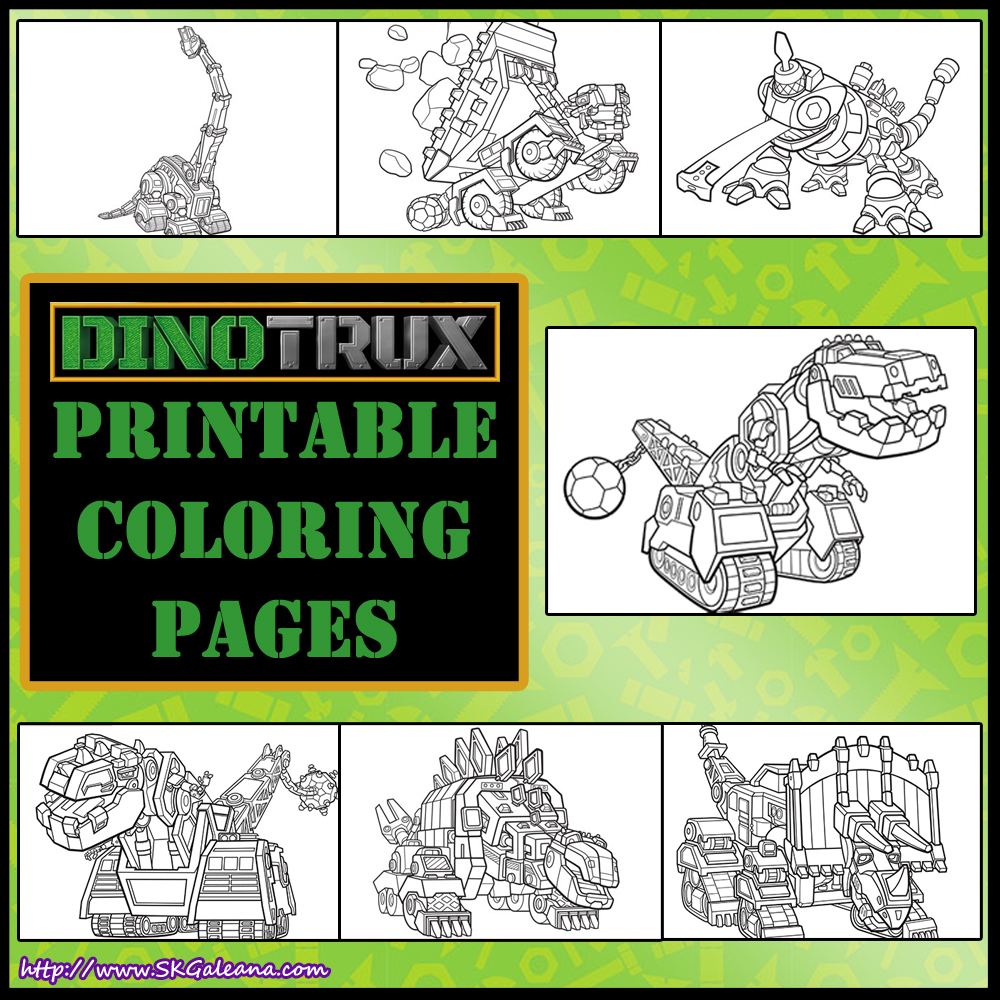